I am a freelance researcher and producer for documentaries, fiction, news, publishing and web projects.

I add the skills of production and knowledge of the media market to strong academic background and access to an established network of archives and sources.

I specialize in the Arts, modern and ancient history, culture and current affairs, with special focus on Italy.

Insight, creative thinking, accuracy, organization and the ability to work to deadline are some of my qualities.

I take responsibility and pride for contributing to productions that stimulate, provoke and provide a compelling, immersive experience.

03/15/2019 Can nature save documentary films by being just symbolism and stereotypes? And other news from North America 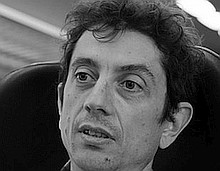 I have worked at co-productions with major European, US and Australian broadcasters, including ZDF, Arté, ORF, SVT, AVRO, Yle, FOX, RTS Switzerland, RTV Slovenia, CBC, SBS, History, Discovery and others. Directors I have cooperated with include Leonardo di Costanzo, Mark Daniels, Victoria Hughes.

In 2010 I contributed to The Cambridge History of Painting in the Classical World and Artistic Centers of the Italian Renaissance: Florence, edited by The New York Cambridge University Press.

In 2007 and 2008 I was in charge for artistic events and exhibitions at the Asolo Art Film Festival (Asolo, Italy). Since 2005 I have been involved in multimedia projects, video games and web docs promoted by Italian local Health/Education/Social Aid Authorities. In 2003 I cooperated as a film archivist with the Friuli Venezia Giulia Film Library in Trieste, Italy.

As an AUTHOR and DIRECTOR, my latest film is Like a Bullet Around Europe (Quasar Multimedia, Udine with Casablanca, Ljubljana and RTV Slovenia); it won the first Prize at the 2015 Valsusa Film Festival in Turin, Italy. In 2008 I directed The Two Rivers, a documentary about the friendship between the poet Pier Paolo Pasolini and the painter Giuseppe Zigaina, selected at the 14th International Environmental Film Festival of Banská Bystrica (Slovakia).